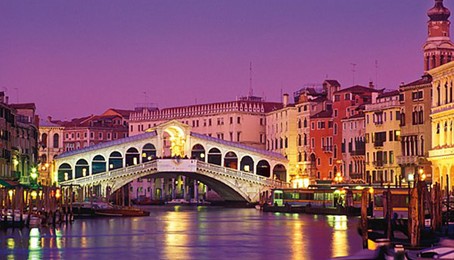 When I was in Venice, I observed and engaged in various aspects of life in Venice, mainly their history, culture, tradition, food, crafts, architecture, its unique characteristics, social life, economic impact, and their lifestyle.  From the observation, I had many questions sprouted in my head. I would not be able to leave Venice in a peaceful mind had I not cleared up those clouds in my head.  I asked questions to Marco (our friend) and chatted with the locals to find the answers.

Here are some fun facts I observed and learned about Venice:

1. In the entire Venice, you can only find one small bridge with no railings or walls on either side of the bridge.  You might wonder.  “What is so cool or special about it?”  That bridge is the one and only that was left untouched in its original built.  The rest of small bridges were revamped with railings or walls added on.  Try to look for this bridge when you are in Venice. 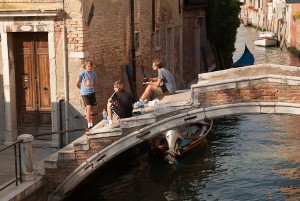 2.  In Venice, you will notice that nobody is riding bicycle as a way of commuting even though it is possible to ride a bike along the alleys and calles.  You might wonder why.  The fact is: The law prohibits people to ride bicycles as a way of commuting in Venice.  Nevertheless, kids are allowed to ride their bikes in the piazzas or outside their homes, just for fun.

3.  You will also notice every single building in Venice has long, tilted, needle-shaped irons attached on it.  What are those?  The Venetians use those metals to reinforce the buildings from leaning or cracking, which were the phenomenon of sinking land around the lagoon. 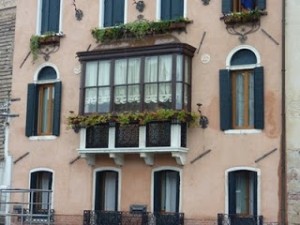 4. Venice is not built directly on the surface of the island.  So, what is it built on?  Venice is built on wooden platforms kept together by wooden piles entrenched in the sea bed because the emerging flat lands are not sturdy enough to support a building on them.

5.  In the beginning, the city of Venice was built in woods.  As the state flourished, the Venetians gradually replaced all of the wooden houses and buildings into bricks and stones, adding more weight to the wooden platforms that support the building underneath.  The question is:

Will Venice sink slower had that not been the case?

Obviously, that was not the only factors.

6.  Pisa, the world famous leaning tower, is not the only leaning tower in Italy!  In fact, you will discover a lot more leaning bell towers in Venice than anywhere else in Italy. 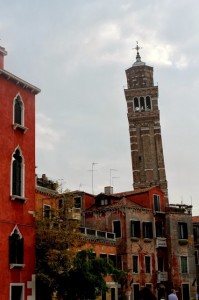 7.  There are 170 bell towers in Venice.  Why so many bell towers in such a small state?  In the past, the bell served as a call for services at churches, and the towers were used as lighthouses and observatories to control fire.

8.  The bell tower at San Marco’s square is the fifth tallest bell tower in Italy, measuring at 98,6mt/275ft.  The tower was built in the 12th century.  In 1902, the tower collapsed unexpectedly.  Fortunately, the only victim was the caretaker’s cat.  The tower was rebuilt exactly the same afterwards. 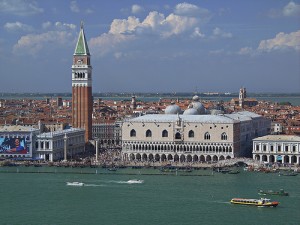 9. There are plenty of love-locks fixed on Rialto bridge.  What were those for?  Lovers love to fix a lock on Rialto bridge to preserve their long lasting relationship forever. 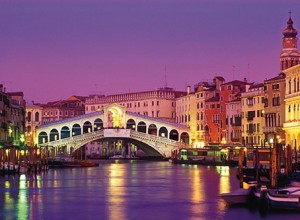 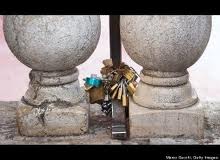 The trend is believed to have been inspired by a cult novel, I Need You, where a young couple wrote their names on a padlock, and then attached it to a lamp post on Ponte Milvio.  Later, they kissed and threw the key into the River Tiber.

Enjoy touring around Venice with all of the fun facts you just learned today!  =)  Explore and pay attention to it.

← Quotes that Inspire Travel
“Why San Diego Zoo?” I asked →