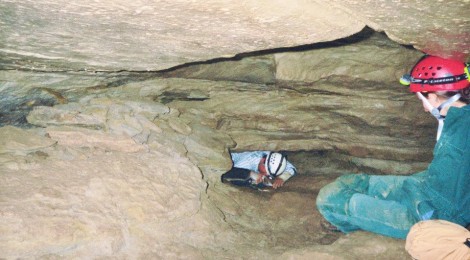 In 2008, it was wet and rainy when we visited Mystery cave. The pouring rain flooded the main wild caving route causing the ranger to open up an alternative route, which was “still” under exploration. 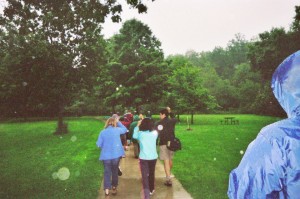 The alternative route was much more fun comparing to the main route — there were lots of tight and challenging chambers, which required different techniques to crawl on.

The amount of time needed to complete this tour was longer as compared to the main route.  Nonetheless, it only took us 4 hours to complete the passages with minimal break time.  We moved at a pretty good pace and kept on going most of the time.

Along the path, we noticed certain areas were marked with red tapes.  All that means was you’re not allowed to touch or step on the protected formation.  The guide would later give an explanation about the significance of the formation and why it was preserved. 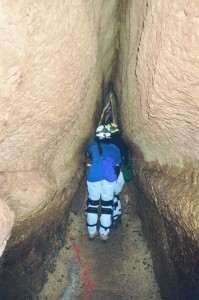 An example of red tape marking

During the 4-hour tour, we brought 500 ml water bottle and a couple of energy bars.  There was no bathroom facility available inside the cave so we had to be more conscious of water and food intake level.  In addition, we had to consume our food and drinks with extra caution in order to prevent crumbs from staying behind inside the cave.

The best part of caving is not knowing what to expect because it is so dark inside that you cannot gage very far ahead; thus, you won’t know what’s coming up next, but for sure you’ll be expecting challenging and interesting obstacles to tackle.  Unless you have gone through the route many times in your life, you wouldn’t know what’s coming up.

One of the fun challenges is you need to adjust yourself into weird body positions to the shape of the cave and move it along.  At times, your guide will bring you to two-storey passage inside the cave where you could crawl in and explore further.  Other times, they’ll find you tiny narrow hole where it is only big enough to fit a small body to go down vertically to explore multi-level of passages.  You could just explore and enjoy the route under your tour guide supervision.

Below are memorable photos from our caving trip to Mystery Cave, which were shot with a disposable film camera. We might not get a chance to freeze every single fun & adventurous moments we experienced along the way.  But, we hope you’ll enjoy the smallest joy we can share from our trip on this album! 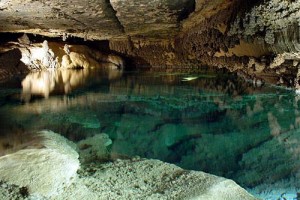 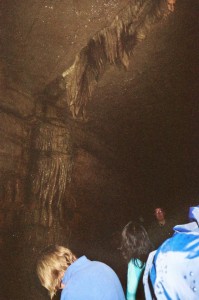 We called this formation “the bacon” 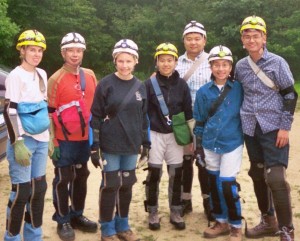 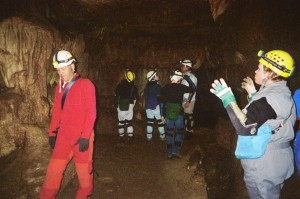 We were told to turn off our headlamps to experience a pitch dark moment!!  Micki decided to snap a shot with her disposable camera; this was our moment in actions in the middle of the darkness.

This was the big opening that led us to 0.1 mile of super tight, small, long passage where bare crawl was the only technique to get us through the passage. 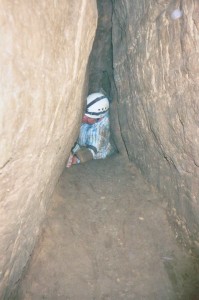 Sherman was stuck at bare crawl position. He almost made it to the end. He’s such a persistent warrior to battle through the passages considering his thick body frame! Awesome!! 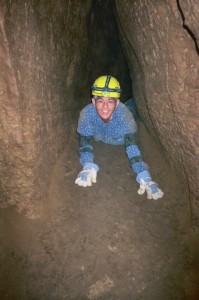 This big opening marked the end of bare crawl tunnel. 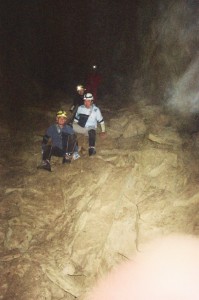 Those guys had to climb down to where this photo was taken! =) Fun huh~ 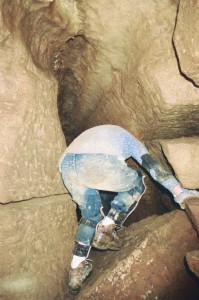 From one hole to another hole… 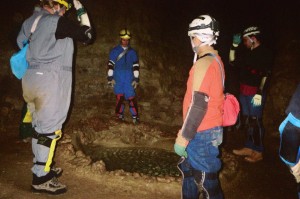 Another green, clear water accumulated inside the cave. However, it’s not advisable to touch or drink them. 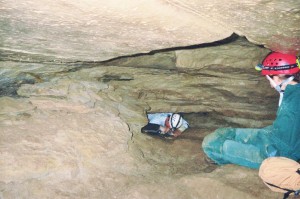 Sherman was stuck in a low clearance/tight opening, he was trying to crawl out of that tiny space to a bigger one. 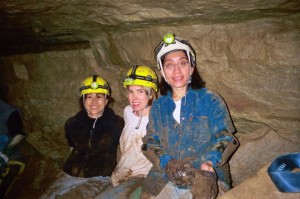 This was one of the spaces where we could all sit straight, but not yet standing straight. It’s good enough for a short break. 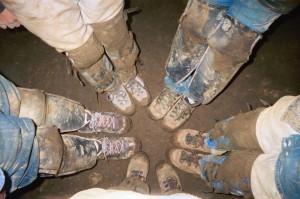 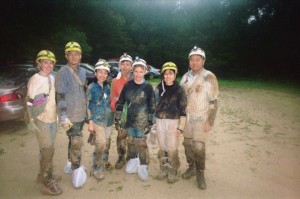 This is our group shot after WILD caving tour! =)