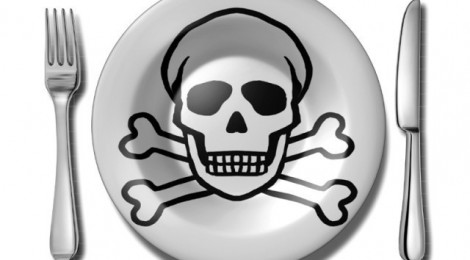 How To Treat Food Poisoning?

I wrote a relevant blog to this post in the past, titled: “How to avoid food poisoning during travel”.  Click here to read from the earlier post.

During our trek in Mount Kilimanjaro, I got a serious food poisoning from consuming plentiful of green beans as fiber source, only to get the worst food poisoning up on the mountain where no convenience or clinic was around.  I exhausted all of the first-aid medicines and methods to continue trekking.  However, in the end, I had to surrender and descend because I could not stand straight and walk without upset stomach on each steps I took.  Besides, I lost way too much fluid from vomiting and it made me weak since I could not digest anything in the last 15 hours — literally anything that went in would come out, including a gulp of water.  My body did not show a sign of recovery most likely because I consumed too much poison from the food I ate.

I was also aware that trekkers should not get overly dehydrated and lost energy during trekking at high altitude mountain as it will increase the severity of high altitude sickness problems, which will lead to further complications; that affirmed my decision to descend.

22 hours later, I finally reached the city and visited a hospital in Arusha, Tanzania.  The doctor advised me to drink plenty of water as soon as possible to flush the toxin out of the system in case if I run into food poisoning again next time.

My husband became the first guinea pig of the expert’s theory.  He got food poisoned during our safari trip in Serengeti.  He sat next to a toilet bowl with a gallon of  water near by him, drank and vomit it out, repeatedly.  He was fine, but weak after exercising the remedy.  The root cause pointed to two slices of unpeeled raw tomato he ate for dinner, as simple as that.

Now, you have a good idea of how bad food poisoning can be and how a simple treatment can do the trick.  It is not the most fun thing to do, but it works like a charm especially when no clinic is around.  It is a good first aid help.