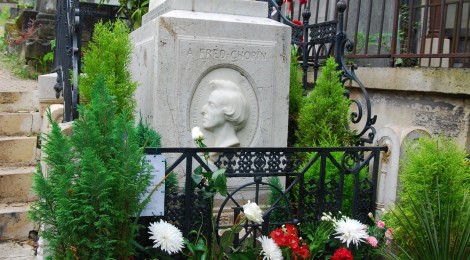 How and where else can you learn about history besides museum, churches and preserved ruins?  Cemetery, that’s where you can find a connection with the passing legends.. 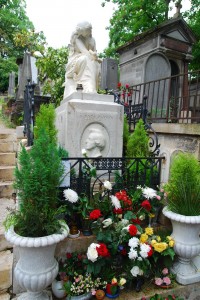 Opened in 1804 on the site of a former Jesuit retreat, Pere-Lachaise is one of the world’s largest and most famous garden cemeteries today, consisting tens of thousands of monuments.  The official record stated more than a million and a half people come to Pere-Lachaise each year; however, we were in the company of just a few tourists in an early spring day – a great escape from the crowded tourist attractions.

When we strolled around the Pere-Lachaise, we found wonderful shapes, carvings and chapels reflecting the character and sometimes, the profession of the buried.  For example, a carved easel for a painter; and a stone quill set for a writer.

You will also discover some of the most powerful and poignant memorials to the tens of thousands of French Jews deported to Nazi death camps, virtually all of whom perished.

We put together a photo journal at Exposure.SO.  Click here if you’d like to take a short visual tour.

← REVEALED: 10 worst airlines in the world for economy class travel
Venetian Masks ~ made in China? →